I've collected a box of old clothing to use when students learn to name articles of clothing.  A fun thing to do in class once they've learned the words is to have a fashion show and have students model various items.  I allowed students to choose a few things from the box, and then they figured out how to say what they were wearing in French.  I made a "runway" out of butcher paper which I laid on the floor, and I put on some French music in the background.  The more outgoing students even tried to walk like models.  Here are some photos of my first year students. 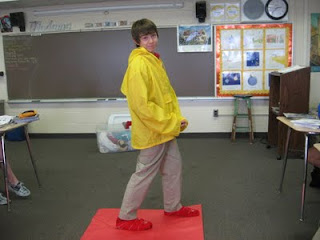 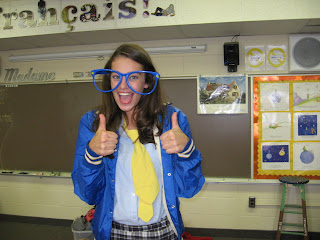 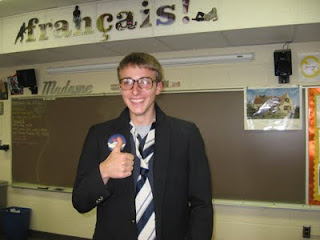 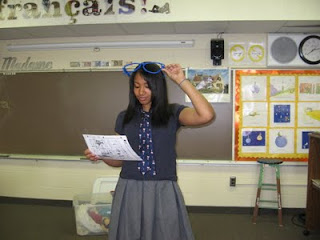 ﻿Once students walked down the runway, they told the class in French what they were wearing and also mentioned what color it was.  I gave them a grade on their spoken French for this activity.

I know this is a pretty common activity for world language teachers to use, but I wanted you to see how much my students enjoyed this anyways.  I did not force the students to put on the clothing as I've found there are usually some who feel too intimidated by this.  However, as you can see, there were still plenty of students who seem to enjoy playing dress-up.  In my opinion, it made practicing the French words more  engaging :).
Posted by Renée at 4:59 PM

Email ThisBlogThis!Share to TwitterShare to FacebookShare to Pinterest
Labels: Motivating your students, Speaking Activities, Using Props in your classroom