Bonjour!  It's been a while since I've blogged because I've been even busier than usual with life at school.  This fall I decided to go ALL OUT celebrating National French Week!  I was able to do this thanks to the fact that I now have a colleague teaching middle school French, and we worked together!  We met over the summer to brainstorm.  We chose the top 5 reasons that students at our school should study French.  Then we figured out how to get these reasons outside of our classrooms in as many ways as possible.

I live in Michigan in the Detroit area.  Here are our top 5 reasons to learn French:
So we decided to put up two giant displays in both the middle school and the high school with this information on it.  Here's what they looked like: 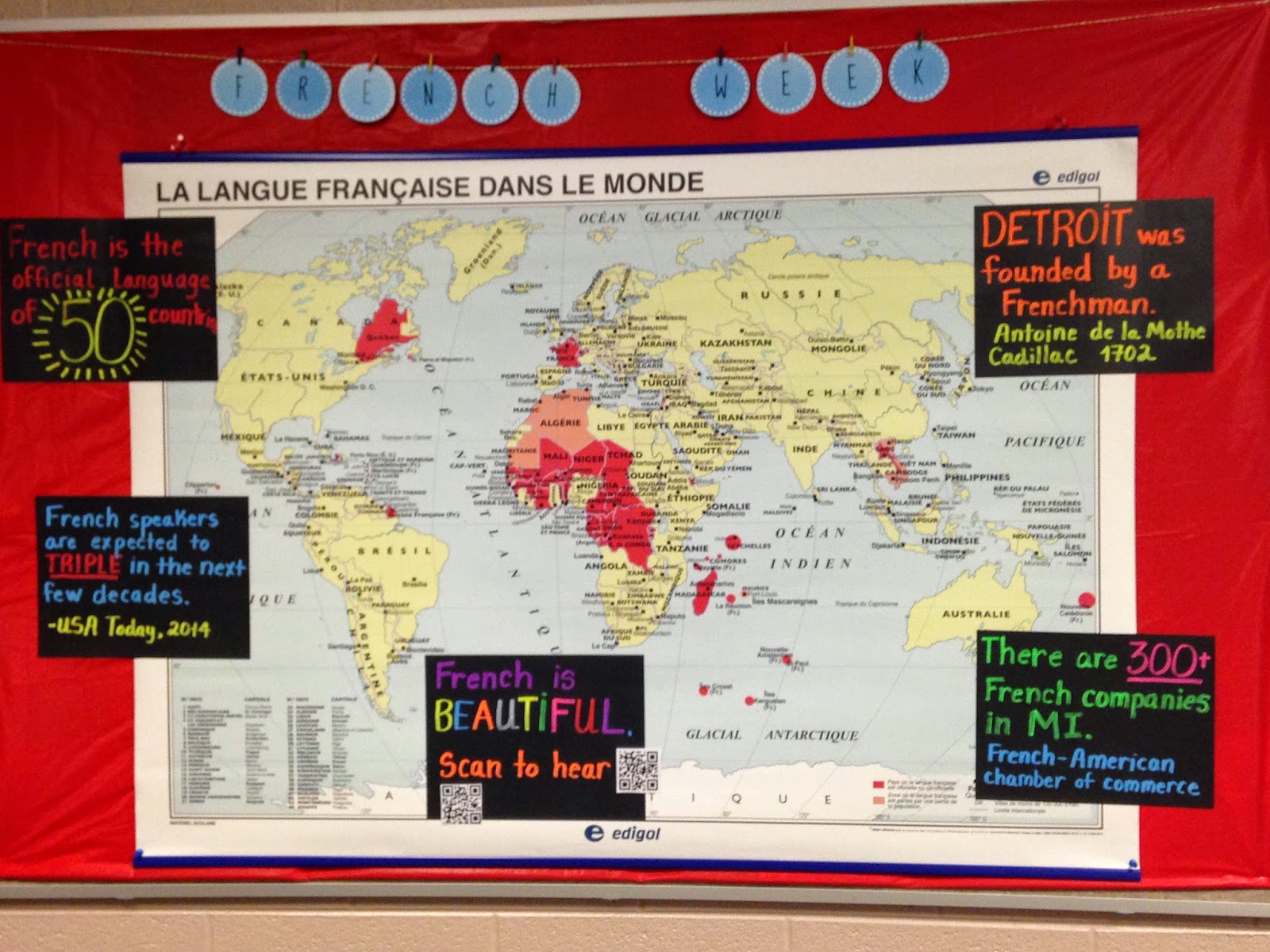 I purchased the map shown above specifically for this display.  It was not cheap, but I really felt that the map would validate point #1, which is maybe the most important one, in my opinion.  Surprisingly, I've found that people sometimes have not believed me when I've made this point in the past.  So, I wanted the map there to show exactly where French is spoken.  You can see that I added my top 5 reasons to learn French.  The black rectangles are actually reusable chalkboard vinyl sheets  and I wrote on them with wet-erase liquid chalk markers.  Here's a closer view: 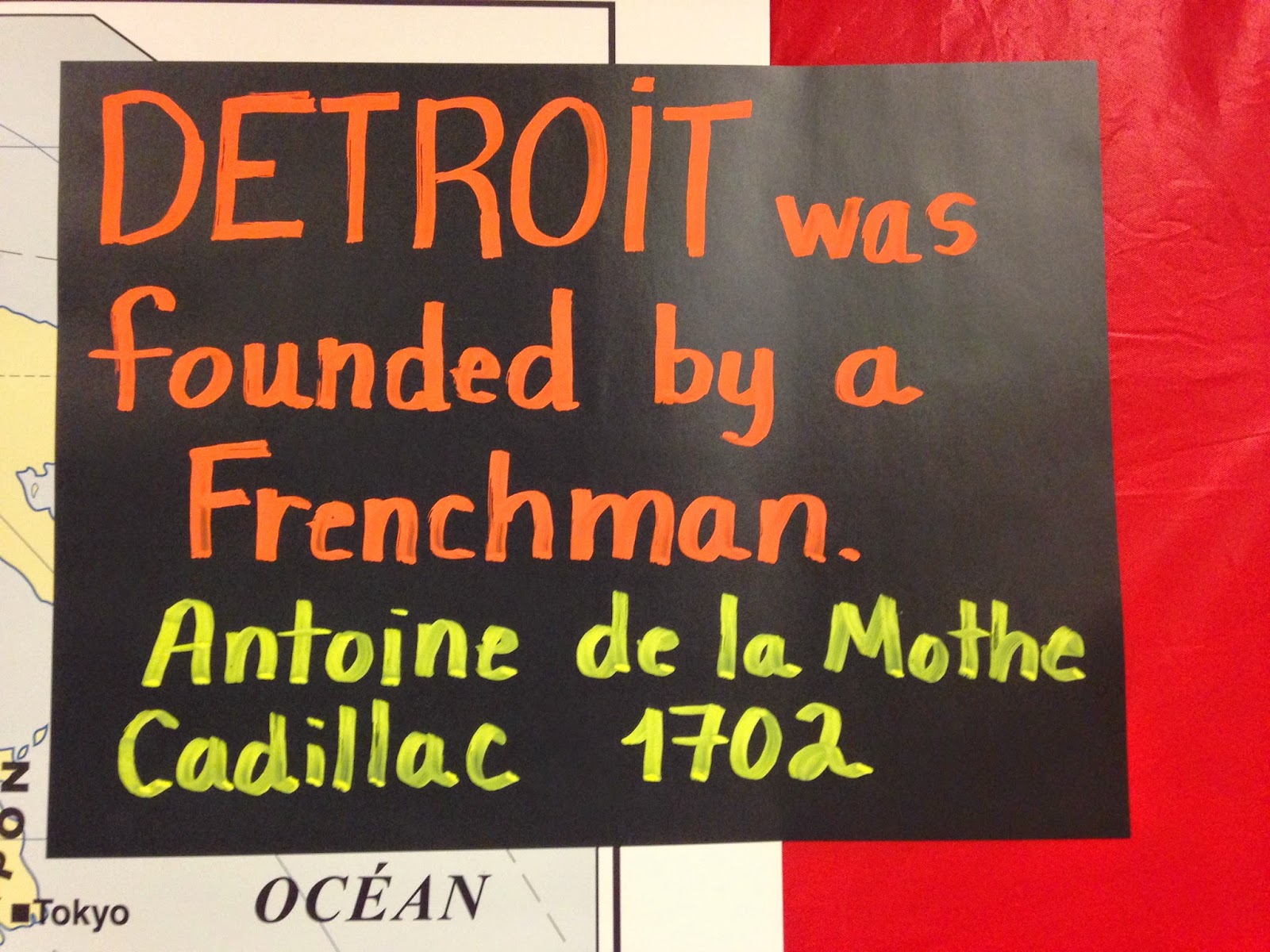 I love the liquid chalk markers!  We used a red plastic table cloth for the background, and the letters at the top were a free download (for a limited time) from Teachers Pay Teachers, which the Spanish teacher discovered (thanks, Katie!).  We attached the letters to some baker's twine with mini clothespins: 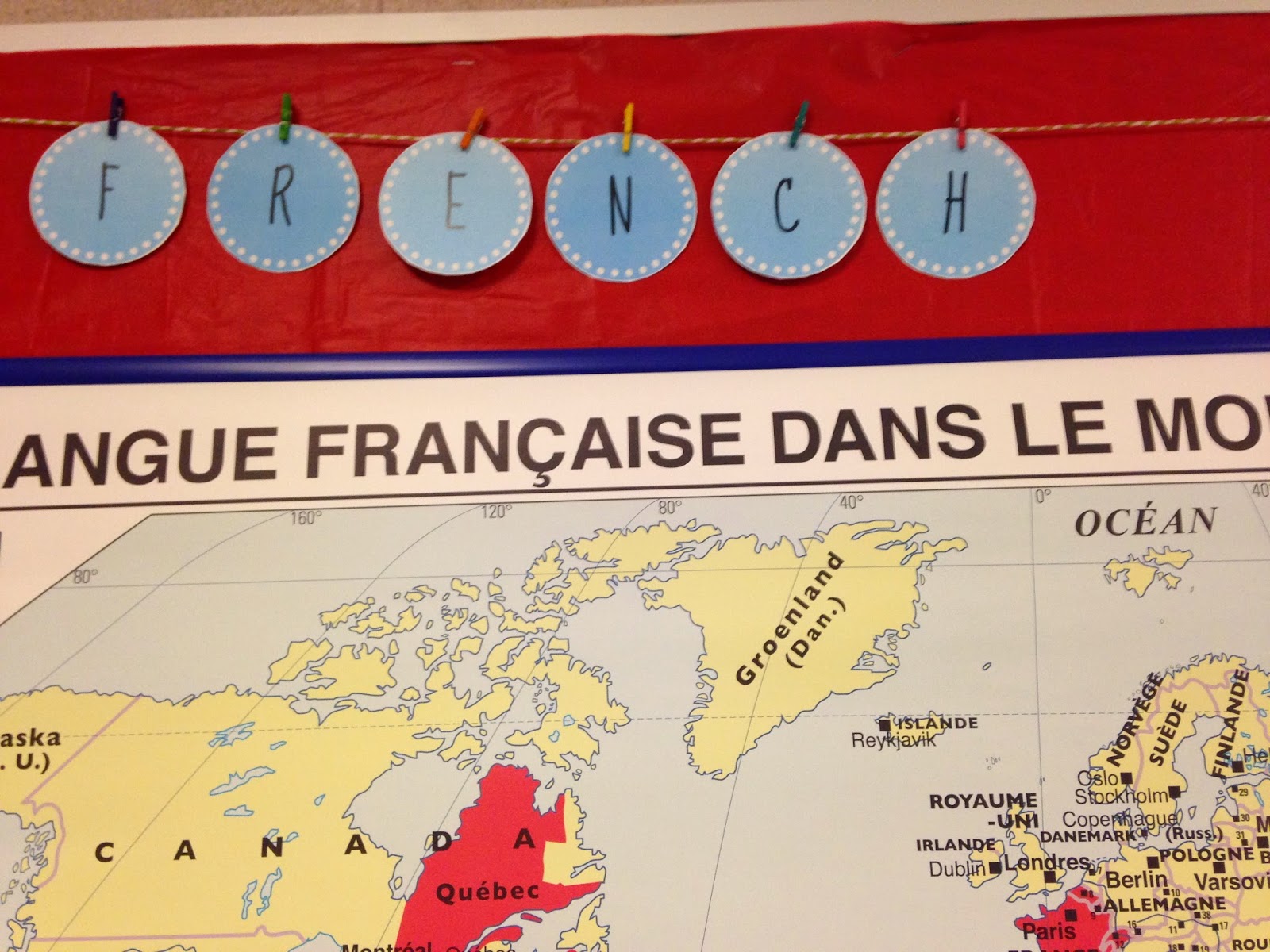 We also decided to have our students make French labels for various places in the building such as the water fountain, the bathroom, the main office, etc. & of course we then put them up around both buildings.  In addition, I had my French I students make posters about French-speaking countries, and I hung these in the hallways in the high school.  Unfortunately, I forgot to take photos of the posters & the labels.  You can see though how we got French outside of our classrooms with these activities.  It was impossible not to notice French when one walked through our school that week!

This was only one of many things my colleague and I did for National French Week this year.  Stay tuned for more posts about what else we did.